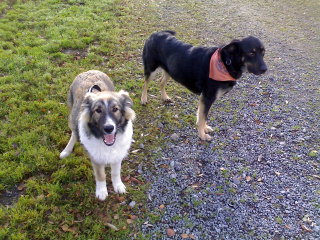 10.11.2007 Heippa! We are so happy to have Tommy as our dog. He is so fun, nice and a really easy dog to train. The first days he was calm and didnt do much. But now he is running around after the cat, playing with the kids and coming to us for hugs and attention. We had him to run free on our yard only to realize that when he gets the chance he will run to the neighboor who has two dogs. But he will come back to you!!

He listens to “sitta” and Im now training him to know what “ligg” means. He doesn’t bark that often but he is a dog and he will bark. He gets nervous if I have him with me to do shopping. He doesnt like to be left outside waiting for me. Im training him to walk along side me and so far he is doing a really good job. He knows what “vänta” means. He likes people but is careful and somewhat withdrawn if I’m not with him.

He really likes Victoria and likes to play with her. He is really patience with Alexander. He has found a lady friend here on the island and they like to play. He is a really really good dog. We couldnt have asked for a better dog. I like that he is calm but still likes to play. He doesn’t chew on the kids toys and he so adorable that it almost breaks my heart. He likes to eat and you can for sure find him close to Alexander who will give him food when sitting at the dinner table.

I can already see that he shows guardin instincts. He will bark and keep around the person that came. He won’t calm down until we are close to him. He likes kids but to much of them makes him nervous. Alexander fell and started to cry yesterday. Tommy or Bamse as we call him ran to him and tried to kiss him. In the evening when the kids are sleeping he will jump up on the soffa and lay beside me when watching a movie. There is NO WAY that he is moving anywhere else. He has become a family member and it felt so right from the first moment, like he was the one missing. – Camilla 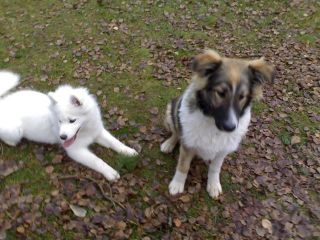 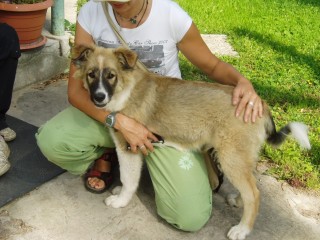 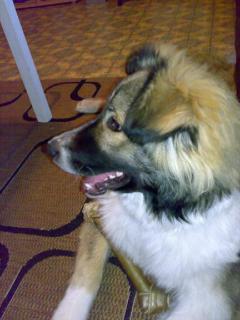